The night was full of promise.  We were the reigning champions from last week’s trivia slaughter at BackStreet Brewery.  We thought we had it in the bag.  Well, I guess there was a hole in the bottom of the bag because we fell through it and landed painfully on our asses.

Backstreet was full on this last Wednesday, teeming with eager young hipsters ready to snatch up that 2 growler prize at the end of the night.  And then there was us: The Lagalots.  A group that fluctuates in numbers and varies wildly in trivial knowledge.

Tonight there were four of us in the group; me, the old man, Paul, & Heather.  We were missing Ck & Carie, down 2 good men.

We started out with beers and I got the usual, Jagged Little Pilsner, which is so tasty I can’t help but keep coming back to it.  Sean had the Set Sail IPA, which is also another tasty and strong selection from Backstreet’s menu.  They just got the Vienna Lager on Nitro in and I forgot that I wanted to try that.  I didn’t remember until the end of the night as Sean was closing up his tab.  I guess I’ll have to remember next week!

Heather tried something new, which came in a 10 ounce glass because it is more than 10% ABV.  It was called the Shizz Imperial Red Ale or something similar.  She liked it a lot and had two rounds through out the night.  Paul had a Nut Brown Ale, he likes that one a lot and has it almost everytime we do trivia night.  It’s got a nice brown color to it and is not that strong so you can drink several.

The Taco Truck that is usually there and that has such delicious soyrizo & potato tacos was gone and won’t be back.  The Pop Quiz moderator told us he would be actively seeking a replacement food truck.  Heather suggested they get the In & Out truck…sounds fine to me!

So in the first round, we came out strong.  Despite the fact that we got 2 wrong, we were tied for second place.  I mean, who knew the invention of auto-pilot would be the catalyst that started the mile-high club?  Some dorks might know that…and they did.  But we knew the sports question thanks to Paul and no one else got that one right.  Well, they didn’t cheer obnoxiously like we do when we get one.

Round two was a balls question and I immediately handed the answer sheet over to Paul.  The question had to do with the top cities that got the most money from sports like Super Bowls and Championships and what-not.  How could I know the answers when I barely understood the question?  Luckily, Paul came to the rescue again and filled out all ten answers and got all ten right.  At the end of round 2, we had 14 points and we were tied with 3 other teams for first place.

Then shit started going downhill.  In round three, we got most of them right but then a ton of other teams did too.  Ususally we use round three to secure our place as first but it wasn’t working out that way.  Then some asshole from a team that got the bonus question right got to roll the dice and his roll enabled him to steal a point from one team and give it to another.  So the jerk-off choses to steal the point from us.  What a cunt face, I curse him to hell!  If only I knew his name!

Round four was the picture round and there were ten pictures of different reptiles that you had to identify.  It took a while, but we got six out of ten correct.  But i was upset that we wrote down turtle for one instead of tortoise, which was the right answer.  I should’ve known better.  My Myrtle Turtle would be pissed at me if she knew.  We were in 3rd place by the end of that round. 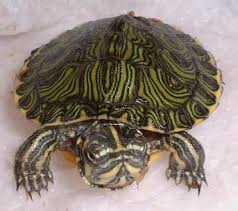 Shame on you, Mommy

The “guess who” round is always the most difficult and we learned an important lesson last night.  It’s ironic because we seem to need to learn this lesson every time we play.  No matter how fucking sure any of us are about who the mystery person is, we need to wait until the 3rd clue to be absolutely sure.  We only get six points that way but it’s a lot better than no points; which is what we got last night because we jumped the gun and answered wrong.  Fuck you, Tom Selleck. Button up your shirt, pervert!

The sixth and last round was pointless for us.  We doubled down because we had nothing to lose but even if we had gotten all the points for being right, we still wouldn’t have been close to winning.  All the other teams knew Tom Selleck in the previous round so they were way ahead of us.  We only got one out of six questions wrong but since we did double or nothing, we got nothing.  Our final trivia score was 25.  Sean and I have done better than that on our own.  Very disappointing.

It looks like the Lagalots have some serious competition from here on out.  But they can all go to hell because we are putting on our A game from now on.  Of course, we can’t go to redeem ourselves next week because we’ll be at the San Diego Comic Con.  Maybe Heather & Paul, and Ck & Carie can pull off a win….we deserve it! So get ready, mother fuckers!