Hi, it’s me again.  This time there is no bragging, but only humility.  And the harsh realization of being a loser.  It’s especially hard when you come off a win from last week’s #OCPopQuiz.  To go from number one, to number loser?  It sucks.

Fuck them.  It was the day before Sean’s birthday.  We thought we might be able to win

without the rest of the crew.  But boy, were we wrong!

Especially according to the ferocious wolf.

In round one, we came out with 2 points.  To be in Last Place.  We were not performing to the lowest level of our ineptitude.  We were worse.  Two out of six?  WTF?

In round two, we scored three extra points to come out with a losing 5 points total.  This was the round in which we had to match the dog with the show it was on.  It was pick and choose and we picked and chose very poorly.

How the hell am I supposed to know what they called the dog on Gilmore Girls?  Some people actually did.  They should be ashamed!

Round three only gave us four out of a possible 9 points.  The only thing we knew for sure was the titles of the Jason Bourne movies.  And that’s only because I have a newfound respect for Matt Damon as an actor after watching The Talented Mr. Ripley.

Dicky, pass me a fag why don’t you?

So by the time we failed all the way in round three, we had only 9 points.  It’s a lot different than the points we had last week when we had Paul and Heather on our team.  Just saying…

In round four, we had to name the national monuments.  We actually did pretty good in this round and got six out of ten possible points.  Hell yeah, I know what Four Corners National Monument looks like, I’ve been there, god-damnit!  Thanks for the road trip Mom!

Round five comes along like a scorpion to sting you in the ass.  You only get one chance to answer and your possible points go down with each clue.  We knew it was Justin Bieber 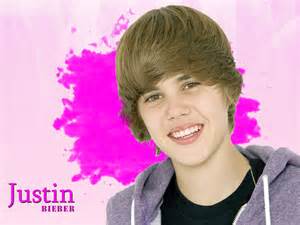 by the second clue but since we weren’t clamoring for the top, we decided to wait and be sure.  We ended up scoring six points in this round.

So last round, the sixth round, comes along and we only have 21 points.  We decided not to Double Or Nothing and just go with our initial six answers.  We managed to get two right.

So our final score was 23.  We came in second to last place.  It may have well been last place for as shitty as we did.  Where were the smarts tonight?

I learned something important tonight though.  And that is to always listen to the old man.  He came up with Romeo & Juliet for one of the answers in the sixth round and I straight up told him, “You are wrong, it’s totes not R&J, it’s something more modern.”  I mean, I’ve read Romeo & Juliet and still I had to stuff my foot in my big mouth.

He ended up being right and at least I had the foresight to go with his answer.  Who knew that Romeo & Juliet had another, longer title?  Obviously Sean did.

The best part about trivia Wednesday was getting to redeem our stamp card from OC Pop Quiz.  We filled up one whole card so we got a round of free beers.  We told ourselves it was birthday beers and drank up.  We could’ve saved it for next time, when the #Lagalots were more of a team, but why?  When we could have beers right then and there that we didn’t have to pay for?  Of course we went with it, the rest of our team should’ve thought about coming if they wanted free beer.  Right?